a first look at nuxt 3 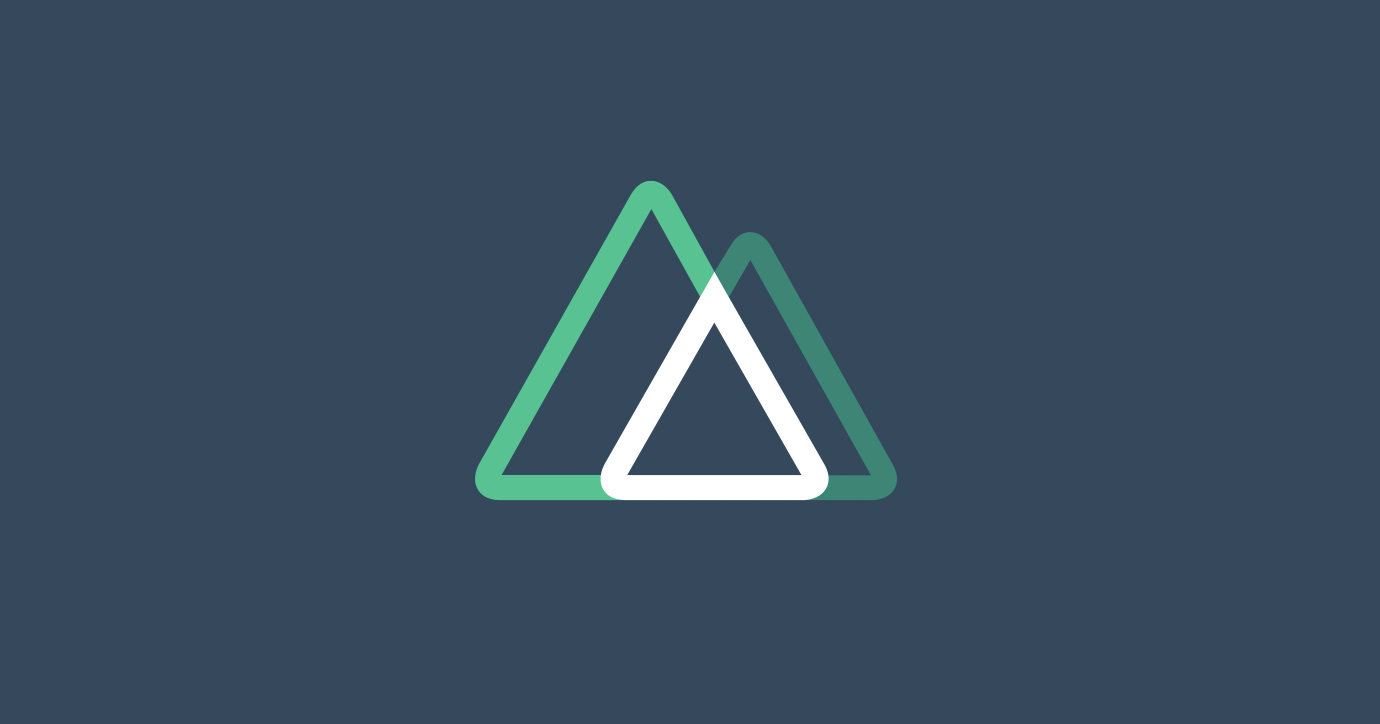 All the code for the project in this article can be found at ajcwebdev/a-first-look/nuxt3.

Nuxt is a Vue metaframework that aims to make web development intuitive and performant while keeping great developer experience in mind. The original version, created by Sébastien Chopin in October 2016, was built to emulate the features of Next.js (such as file-system based routing, server-side rendering, and API routes) but with Vue instead of React. Version 3 has been over a year in the making.

We are excited to open source Nuxt 3 after more than a year of intense development. On top of supporting Vue 3 and Vite, Nuxt 3 contains a new server engine, unlocking new full-stack capabilities to Nuxt server and beyond.

Nuxt 3 is composed of the following core packages:

Together these packages provide a selection of libraries for managing many common concerns for developers building on the web today such as:

In addition to curating and integrating these tools, Nuxt also provides directory structure conventions for managing pages and components.

Migrating from Nuxt 2 to Nuxt 3

Note: If you don’t have a Nuxt 2 project, skip ahead to the section, ”Create Nuxt 3 Project from Scratch.”

The team has created two migration guides and tooling in the form of Nuxt Bridge to make migrating as smooth as possible . If you have an existing Nuxt 2 project, the team strongly recommends you begin by using Nuxt Bridge to experiment with new features while avoiding breaking changes. Bridge is a forward-compatibility layer that allows you to experience new Nuxt 3 features by installing and enabling a Nuxt module.

All Nuxt 2 modules should be forward compatible with Nuxt 3 as long as they migrate to bridge or if they are already following guidelines. All (upcoming) modules made with @nuxt/kit should be backward compatible with Nuxt 2 projects (even without bridge) as long as they are not depending on a Nuxt 3 / Bridge-only feature. Since Nuxt 3 natively supports TypeScript and ECMAScript Modules, it is useful to avoid CommonJS syntax such as __dirname, __filename, require(), and module.exports as much as possible.

We will be building a Nuxt application from scratch. However, you can start playing with Nuxt 3 online in your browser on either StackBlitz or CodeSandBox.

Create a blank new directory and initialize a package.json file for defining our scripts and dependencies.

Version is current as of June 10, 2022, check the release schedule on GitHub for most recent version.

The project will start with only two additional files:

We will create a directory for pages and an api later on.

app.vue is the main component in your Nuxt 3 applications. This means that anything you add to this file (such as JavaScript or CSS) will be global and included in every page.

With Nuxt 3, the pages directory is optional. If a pages directory is not present, Nuxt won’t include the vue-router dependency. This is useful when working on single landing pages or other applications that don’t not need routing.

In your package.json, add the following scripts (build, dev, generate, and preview).

Nuxi is the new CLI for Nuxt 3 and has four main commands:

The yarn dev command starts your Nuxt app in development mode and includes hot module replacement. Include the --open flag to automatically open the browser after starting up.

The CLI will display links to the running application and performance metrics.

Open localhost:3000 to see your application.

The yarn build command builds your Nuxt application for production. It creates a .output directory with your application, server, and dependencies ready to be deployed.

Nitro produces a standalone server dist that is independent of node_modules. The output is combined with both runtime code to run your Nuxt server in any environment and serve you static files.

We also created pages/about.vue for an about page. Include the following code to make sure that people know stuff about your things.

Open localhost:3000/about to see the about page.

Nitro allows ‘direct’ calling of routes via the globally-available $fetch helper. If run on the browser it will make an API call to the server. But it will call the relevant function if run on the server and save an additional API call. The $fetch API uses ohmyfetch to:

The server directory contains API endpoints and server middleware for your project. It is used to create any backend logic for your Nuxt application. Nuxt will automatically read in any files in the ~/server/api directory to create API endpoints. Each file should export a default function that handles API requests.

Add the following code to index.js.

Open localhost:3000/api and make sure not to include a trailing slash or it will error out.

We could also flesh out this route into a full HTML document.

What’s the point of a framework if you can’t deploy it on multiple Jamstack platforms?

Create a GitHub repository with the GitHub CLI by running the following series of commands or visit repo.new and follow the instructions provided there.

The build command and publish directory will be included automatically from the netlify.toml file. 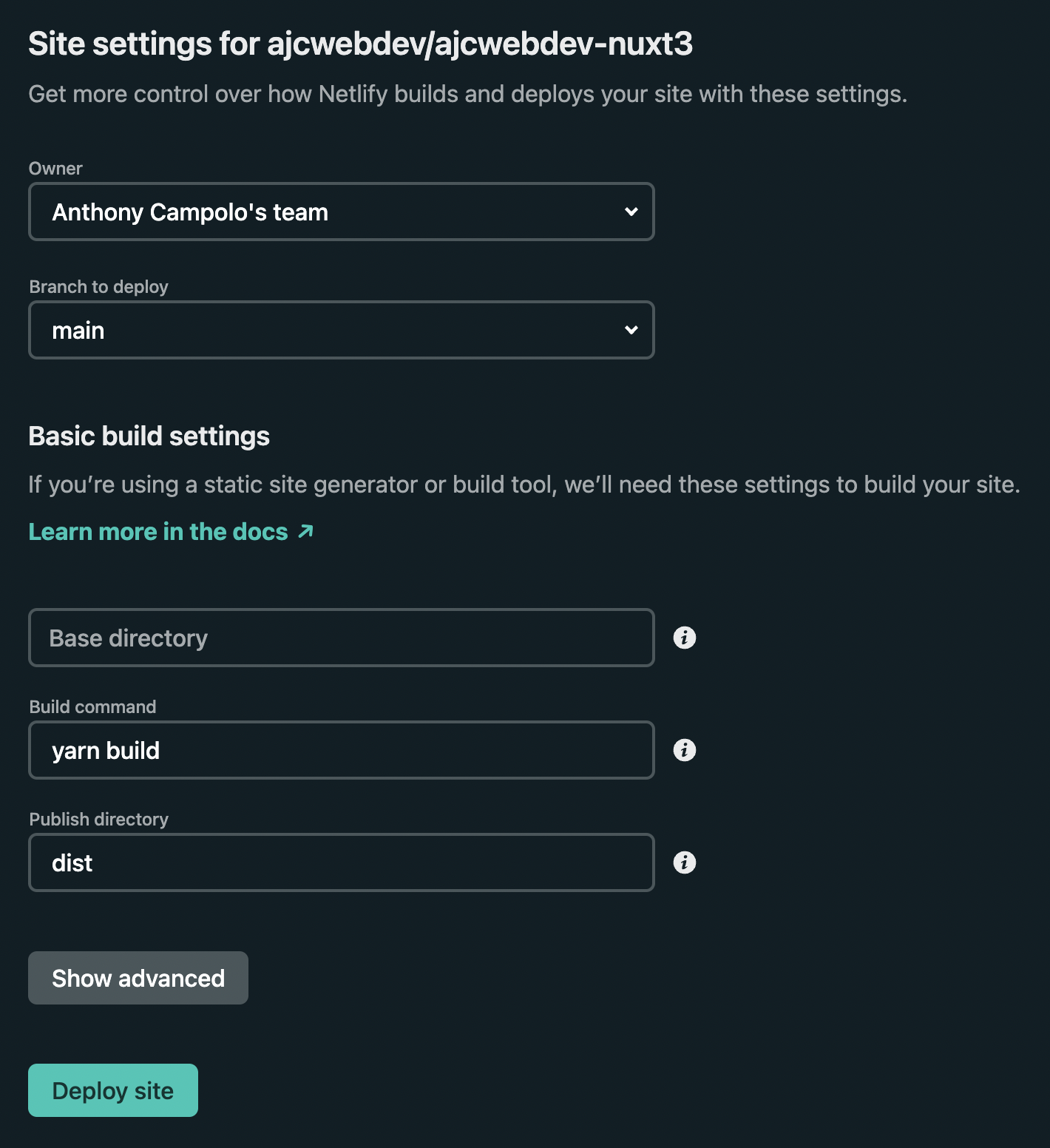 Lastly, give yourself a custom domain.