how to deploy a docker container on aws lambda 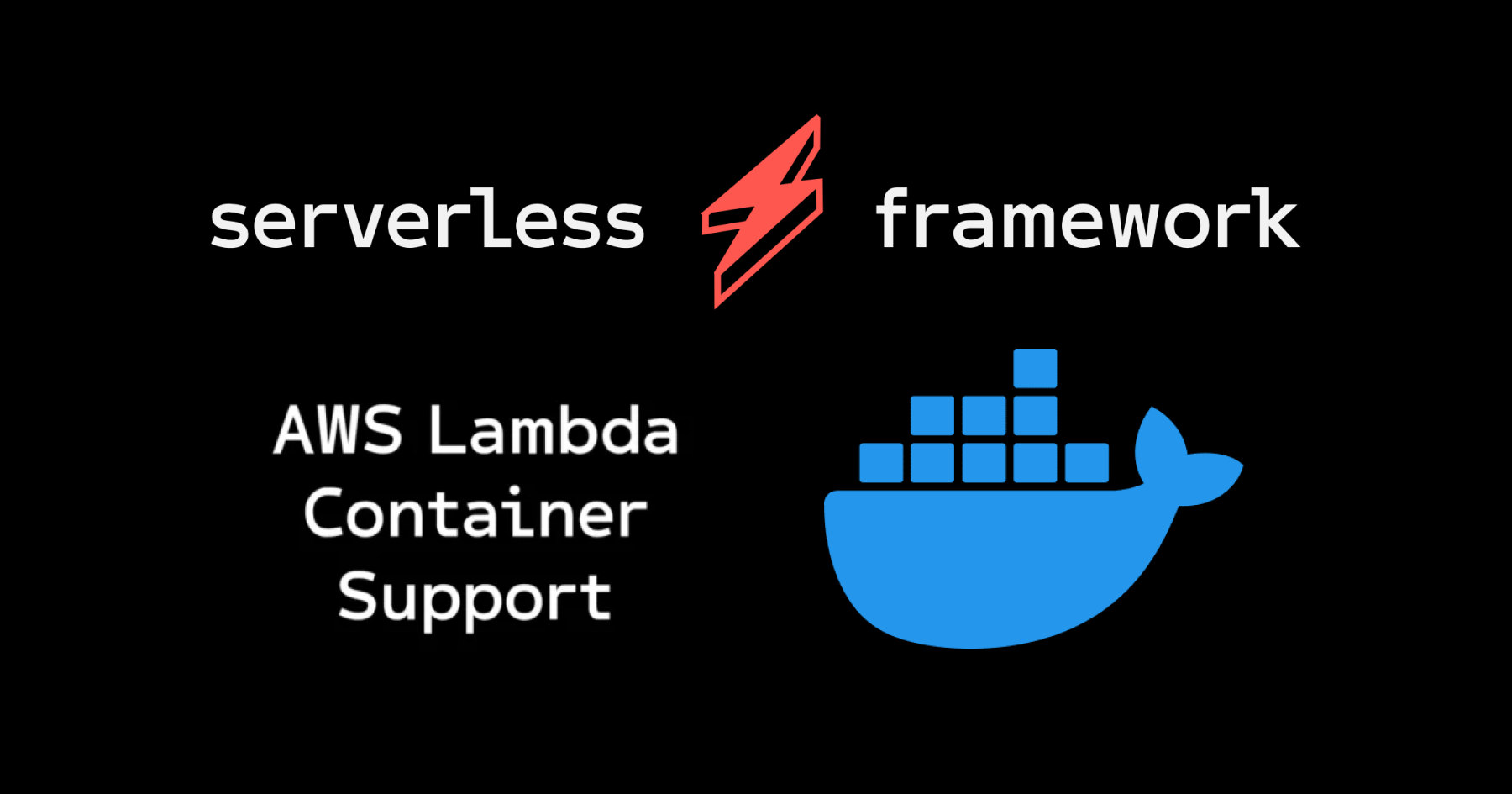 AWS Lambda is a powerful computing model because it gives developers a known execution environment with a specific runtime that accepts and runs arbitrary code. But this also causes problems if you have a use case outside the environments predetermined by AWS.

Shortly after the announcement, the Serverless framework created the following example to demonstrate how to use the new feature. This blog post will break down that example by building the project from scratch. All the code for this project can be found on my GitHub.

Start by creating a blank directory and initialize a package.json file.

Instead of globally installing the Serverless CLI, we will install the serverless package as a local dependency in our project.

As a consequence, to execute sls commands we must prefix the commands with yarn or npx. You can refer to the official Serverless documentation if you prefer to install the CLI globally. After installing the serverless dependency, create the following files:

The Serverless Framework lets you define a Dockerfile and point at it in the serverless.yml configuration file. The Framework makes sure the container is available in ECR and setup with configuration for Lambda.

We select the AWS provider and include an ecr section for defining images that will be built locally and uploaded to ECR. The entire packaging process occurs in the context of the container. AWS uses your Docker configuration to build, optimize and prepare your container for use in Lambda.

Note: If you are using an Apple M1, you will need to uncomment out the line that specifies arm64 for the architecture in the provider property.

The functions property tells the framework the image reference name (appimage) that is used elsewhere in our configuration. The location of the content of the Docker image is set with the path property. A Dockerfile of some type should reside in the specified folder containing the executable code for our function.

We use the same value for image.name as we do for the image we defined, appimage. It can be named anything as long as the same value is referenced. Here is our complete serverless.yml file:

The easiest way to setup a Lambda ready Docker image is to use base images provided by AWS. The AWS ECR Gallery contains a list of all available images. We are using the Node v14 image.

The CMD property defines a file called app.js with a function called handler. In the next section we will define the handler function and add the necessary code to our project. This would need to be modified if we changed the app.js file name or exported our function handler as something other than handler.

We will now include the code that will be executed by our handler when the function is invoked. Add the following code to the app.js file in the root of the project:

app.js returns a JSON object containing a message clarifying exactly why anyone would ever want to do this in the first place.

We are now able to generate our container, deploy it to ECR, and execute our function.

First, you will need to set your AWS credentials with the sls config credentials command. This step can be skipped if you are using a global install of the CLI that is already configured with your credentials.

In order to build images locally and push them to ECR, you need to have Docker installed and running on your local machine.

The sls deploy command deploys your entire service via CloudFormation. After the deployment finishes you will be provided the information for your service.

The sls invoke command invokes a deployed function. It allows sending event data to the function, reading logs, and displaying other important information about the function invocation.

If your function/container was configured and deployed correctly then you will receive the following message: